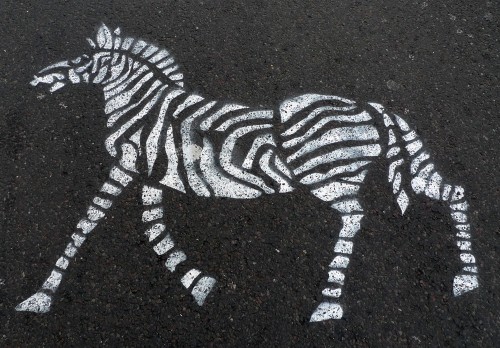 Yesterday morning some Zebras turned up in Hackney; painted onto the road, at the T-Junction where Downs Road meets Lower Clapton Road.

No quite knows how they got there, but they are clearly a response to the lack of decent crossings on this busy junction.

I spoke to Cllr. Ian Rathbone of the Clapton Pond Neighbourhood Action Group who said:

‘Although this is some horsing around by persons unknown, we would like Transport for London to hoof it on down to this crossing and carry out the long overdue safety work to it that we have been pressing them for and which they have promised would be done.
But it’s a Pelican crossing we’ve been campaigning for and not zebra!’

Lower Clapton Road is owned by TfL who originally promised that they would investigate in 2006 with improvements being planned in 2007, but have repeatedly deprioritised it on the basis that there have not been any fatalities at that specific spot….yet.

There were 4 plans for the crossing drawn up by TfL in 2008, then a public consultation last year, after which  TfL proposed a 3-phased approach to the work. They now have around 6 weeks to complete this work, although residents are yet to see any changes to the junction.

If you are interested in helping to nudge TfL along there is a petition you can sign here: http://www.petitionbuzz.com/petitions/claptoncrossing 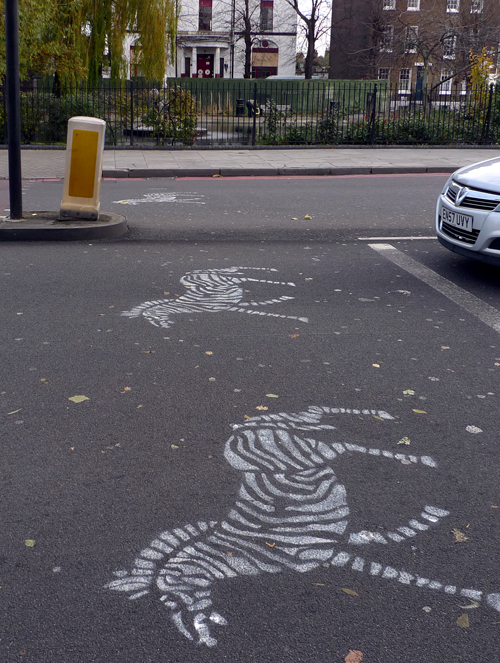 This is well overdue an update! The crossing was finally added in June 2011. More on that over here: http://www.yeahhackney.com/a-crossing-for-lower-clapton-roaddowns-road/