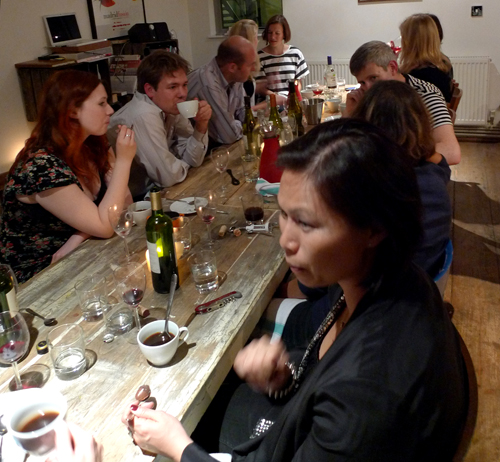 If you have read any blog even vaguely related to food in the last couple of months you would have heard of Ben Greeno‘s Tudor Road Supper Club. A six month long project in a purposely rented flat on Tudor Road, Hackney. Thanks to a super early booking (it pays to spend loads of time on the Internet), I recently had the fortune to visit Tudor Road.

Ben has had some amazing reviews and rightfully so his food is a cut above what I have eaten at other supper clubs. The night draws a friendly crowd from across London, his place is modern and relaxed, with the added bonus of having the kitchen in the same room, so you can sneak at peak at him at work.

Ben isn’t new to the supper club scene, after doing a guest chef stint at the rather pricey Loft Project. At £40 a head (and BYO) Tudor Road is a unique chance to eat top quality food without breaking the bank.

I’m not a food critic, so I won’t analyse the menu (which in my case was a veggie take on the nights food), but I did get the chance to ask Ben a couple of questions.

What was the idea behind the Tudor Road supper Club?
The idea behind it was to find money for a restaurant of my own, I knew that I wanted somewhere relaxed and not too expensive in the future so thats why I set up like I did.

How did you go about finding the venue?
Finding the venue was just a case of trawling the internet, walking into estate agents. I had a copuple of great places fall through before this one. One was a huge photographers studio in Mile end which was just awesome

You moved in days before your first supper club, how did you pull it off?
I managed to pull it off because of help from friends and family, there really isn’t much in the place that is mine because I knew this was just a 6 month project.

You’re booked solidly until mid-December, did you expect the response you have had?
Absolutely no way did I expect the response, I think most credit for that should go to cheese and biscuits blog and the urban junkies newsletter things just went a little nuts after those.

Do anything you can to get yourself a space before Ben leaves again in Feb. 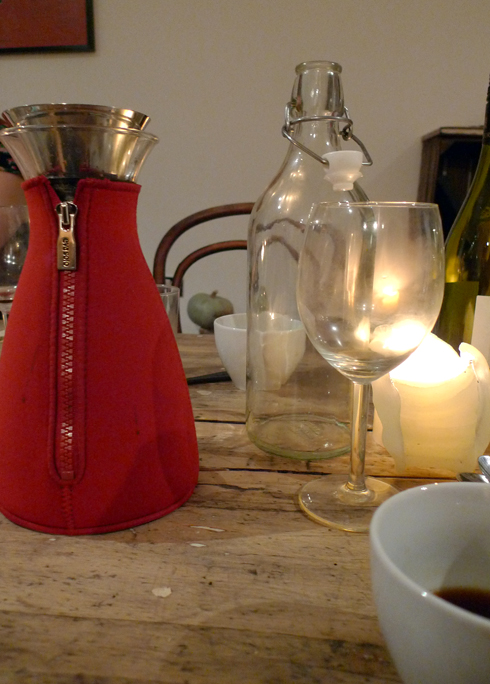