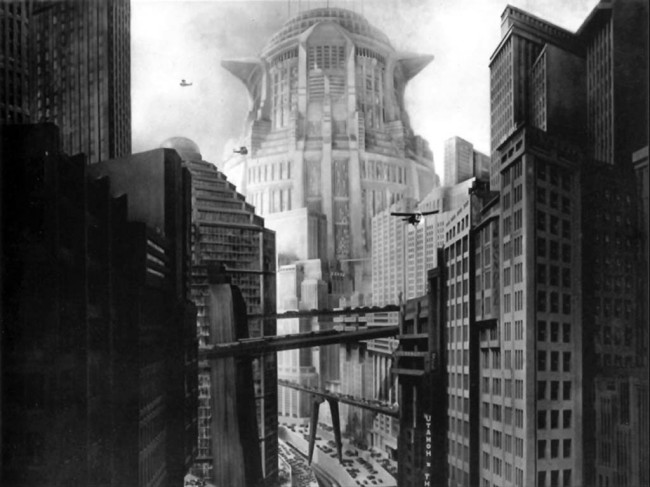 The Sci-Fi Sessions at Hackney Picturehouse

Six sessions and six speakers that take a new look at the Sci-Fi genre, covering everything from aliens to architecture and science to superheroes. The weekly lecture series includes discussions on feminism in Sci-Fi and the science of science fiction with speakers from Royal Observatory and Club Des Femmes as well as variety film theory and pop culture experts. Each session will last between 1.5 – 2hrs including time for discussion. Please see below for the full line-up of lectures.

Thur 16 Oct, 7pm – “Vast, cool and unsympathetic”: Aliens in Popular Culture
Course Leader: John J Johnston
This extensively illustrated lecture considers the history of our fascination with extraterrestrial life-forms as they have appeared in the media of literature, cinema, and television. Writer and lecturer John J Johnston looks at some of the major contributors to our present perception of the alien in science fiction and asks why such creatures continue to infest our collective imagination with such terrifying power.

Thur 23 Oct, 7pm – Wonder Women & Women of Wonder: Finding Feminist Superheroes in Science Fiction Film
Held in partnership with the Club Des Femmes
Course leader: Sophie Mayer
Scream queen, love interest, evil robot, Other: it seems like women (especially women of colour) in science fiction cinema rarely get to tell their own stories. Even Wonder Woman herself has not made it as a big screen protagonist, except in Kristy Guevara-Flanagan’s Wonder Women!: The Untold Story of American Superheroines. And yet the genre offers possibilities for powerful female characters. Mainstream SF features a panoply of women warriors and there’s also a sprinkling of smart scientists – but why are they so often the Smurfette or solo? Can these mainstream icons be enough? In this session we’ll explore Mainstream SF’s offerings and ask whether Lizzie Borden’s Women’s Liberation Army (Born in Flames) and others might be better places to carry the lasso of truth for feminist science fiction.

Thur 30 Oct, 7pm – Sci-Fi and Architecture
Course Leader: Richard Martin
This illustrated talk and discussion will examine the role of architecture and design in shaping science-fiction films. From the elaborately constructed sets of the 1920s to contemporary CGI cities, we’ll look at how directors such as Fritz Lang, Stanley Kubrick, Jean-Luc Godard and Christopher Nolan have used architecture to create mesmerising new worlds, both utopian and dystopian in nature. We’ll also think about the relationship between these cinematic creations and the work of contemporary architects such as Norman Foster and Zaha Hadid.

Thur 6 Nov, 7pm – Death, Doom and Disaster: the end of the world in science fact and science fiction
Held in partnership with the Royal Observatory Greenwich
Course Leader: Marek Kukula
Science fiction has destroyed the planet in every imaginable way, from the cosmic collisions of disaster movies like Deep Impact and Armageddon to the ‘cosy catastrophes’ of classic British sci-fi like The Day of the Triffids and The Day the Earth Caught Fire. This talk explores our cultural obsession with the end of the world and investigates the real science behind the cataclysms of science fiction.

Thur 13 Nov, 7pm – Travellers in the Fourth Dimension
Held in partnership with the Royal Observatory Greenwich
Course Leaders: Brendan Owens and Radmila Topalovic from the ROG
In the classic George Pal production of H.G. Wells’ The Time Machine, a turn-of-the-century inventor has created the titular device to investigate the future of mankind. In this talk we will explore together the secrets of the fourth dimension. We’ll take the glorious steampunk Time Machine in for a service to fit it with our latest understanding of time and space. Ultimately we’ll ask the question – is time travel really possible?