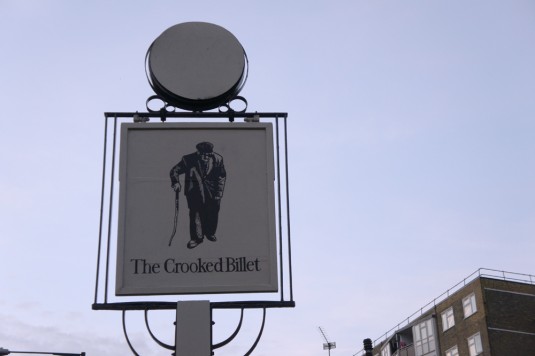 It’s sort of been a self financing thing. All the money that we have made over the last two years at the Empress has been ploughed into this. We have been promised a rent rebate on some of the money that has been spent on the pub but that’s about it.

What are you changing about the Crooked Billet?

We just want to change it so that people come in! Since we’ve been open we have had literally hundreds of people telling us how they have lived in the area for years and never fancied going in until now. And that isn’t just young hipsters who have lived in Clapton for a year or two. I’m talking people in their 60s that have never ventured in either. I just think the pub catered for a really small minority but excluded many more.

A lot of Pubs have been cropping up in Clapton this past year, what’s your view on that?

Pubs are one of the most accurate barometers for an area. A few pubs cropping up in Clapton in succession is no surprise when you see how quick the area is changing. I’ve seen loads of areas change in London over the years but none with the pace that Clapton seems to be going at. But if you see the crowd we are getting in at The Crooked Billet we really are getting a diverse mix of people and that’s a good thing. I don’t buy into the whole who are true locals thing. London has always been a city of immigrants and migrant workers – some people pass through and some stay – that’s just how it is.

The pub dates back to 1899 and on it’s current site since1950s, have you found any artefacts from it’s past?

Sadly there really wasn’t a lot of old artefacts of not in the pub when we took over. A crappy old 70s wine list in the cellar was about it. But I found a nice old Barbar jacket and a couple of unopened pot noodles upstairs if that counts.

What made you choose to open something in Hackney?

Well I don’t have a car and I live off Well Street. We wanted to open a drinking pub as opposed to an eating pub like the Empress so it we were kind of geographically restricted. Elliott, the chef, lives in Upper Clapton so it just made sense. I have known the Billet for years as I used to live on Mount Pleasant Lane (though I used to drink in the excellent Anchor and Hope when Les (RIP) was still behind the bar). Elliott and I actually met up in the Billet one night – it being the nearest pub to him – talking about how good it would be to have a place this size and with this outside space and we just thought ‘why not’. When we called Enterprise Inns the lease just happened to be up for grabs. These things just fall into place some times 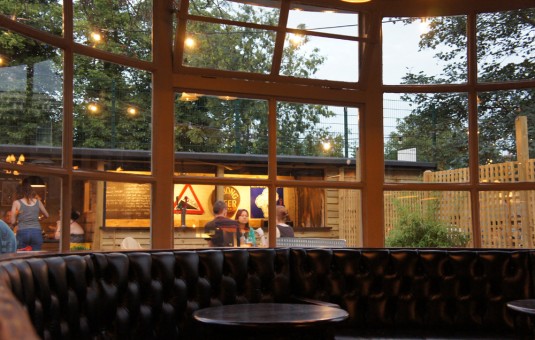 Tell us your plans for the car park

The car park has gone. We didn’t really see the point of a car park in a pub in London when you can’t drink and drive, I can’t remember the last time when I drove to a pub. Everyone I know in London either uses public transport or bikes. We have had to leave a drive way for the dray and deliveries but apart from that it’s all gone. When we were laying the lawn some kids looked through the fence and asked if we were building a new park!

We’ve put outdoor table tennis, table football and darts outiside and great little private booths with speakers and heaters in. We are now building an outdoor bar to cope with the numbers of people coming down to use the gardens. That should be finished in a week by which time it will probably piss down until next May.

We want to start doing truck food on Saturdays and we are talking to a few people that have great truck concepts and seeing how that could work out.

Elliott Lidstone will be the chef as the Crooked Billet and is behind the successful kitchen at the empress of india, what is he planning for your menu?

The food is proper pub grub but done well. Elliott is using the same suppliers we use at the Empress but making simpler food that suits a few pints. Burgers, steak and ale pies, sausages (all using Ginger Pig meat), fish and chips, mac and cheese, all the stuff I want to eat after 3 pints of ale. We set out to not have a separate dining room as that can lead to a conflict of interest with a big noisy bar. Pub grub has become a term of abuse but we want to reclaim it. The Sunday roasts are going to be exactly like the ones we do at the Empress – just a bit bigger as we don’t expect people to have 3 courses like they do in Vicky Park.

The Crooked Billet is at 84 Upper Clapton Rd, E5