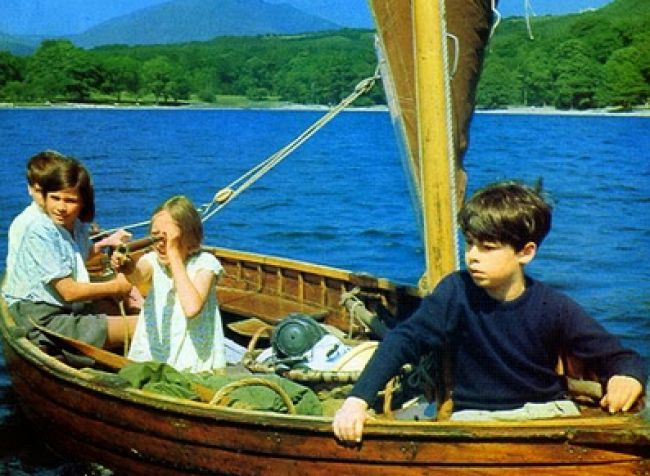 Hackney Picturehouse are delighted to welcome Sophie Neville to our screening of the brand new 40th anniversary restoration of SWALLOWS AND AMAZONS this Thursday morning. Sophie Neville, who played Titty Walker in the film, will doing a Q&A after the film as well as signing copies of her book The Making of Swallows and Amazons.

The screening is part of STORIES ON SCREEN – a season celebrating film adaptations taking place each Thursday morning throughout the Summer at Kids Club prices. Enchanted castles, thrilling holiday adventures, dancing penguins, battles of good versus evil, and the trials of going back to school – Stories on Screen has it all. There will be a competition around each film and this week we have a competition to win some great Swallows and Amazons goodies. Do also look out for further competitions and giveaways online and at selected screenings! Prizes include the chance to win £100 of children’s books. Follow @PHEducation to find out more.

Screenings take place each Thursday at 11am and cost £1.50 for Kids’ Club members / £3.50 non-Members (annual membership cost £4 and includes your first ticket). For more information and bookings please visit www.hackneypicturehouse.co.uk

Thursday 31 July
SWALLOWS AND AMAZONS (U) 92 mins.
Based on the bestselling book by beloved English author Arthur Ransome, this enchanting film follows the adventures of a group of children on holiday in the Lake District as they uncover the truth behind mysterious goings on on the island they are visiting.

Thursday 14 August
BUGSY MALONE (U) 94 mins.
“Everybody loves that man,” goes the first song of Bugsy Malone, and in Alan Parker’s classic comedy for children, you can see why from the opening frame. As fresh and funny as ever, this is a timeless joy of a movie, culminating in the best custard pie fight ever filmed.

Thursday 21 August
MARY POPPINS (U) 135 mins.
Pamela Lyndon Travers’ fabulous tale of a magical nanny is turned into a musical fantasy film in this Disney classic.

Thursday 28 August
DIARY OF A WIMPY KID (PG) 92 mins.
Based on the series written by Jeff Kinney, this is a great film to help you discuss the issues surrounding heading back to school. Following the trials and tribulations of eleven-year-old Greg as he navigates middle school, bullies and making new friends, this is a funny take on the awkward transition from child to teenager.

So bring your imagination (and of course a costume if you like), and see some of your favourite storybook characters – as well as some you may not have discovered yet – come to life on the big screen.