A while ago we published an interview with Ken Jacobs a former Hackney postie, where he talked about finding some glass negatives being thrown out in Chatsworth Road during his walk one day. Ken kindly scanned in some of those fantastic negatives and has passed them onto yeah! Hackney to share with all of you.

The photos were taken by a Mr Ellis in the late 1920’s / early 30’s, the descriptions are by Ken Jacobs. 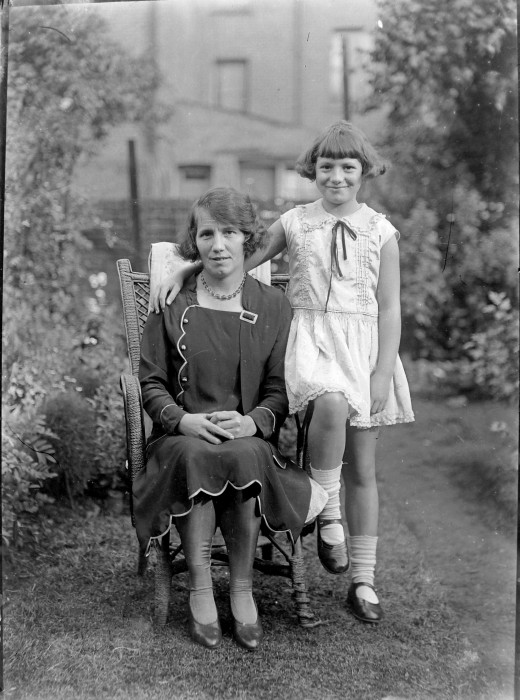 The “Mother and Daughter” looks as though it may have been taken of Mr Ellis’ own wife an daughter in his back garden. 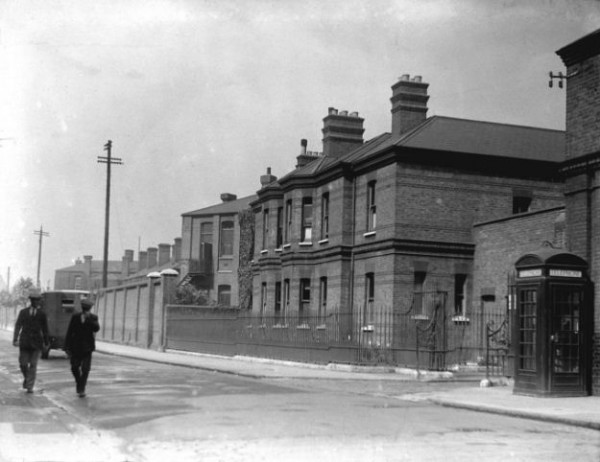 Homerton Row taken from Brooksbys Walk E9, shows on the right the ambulance station which was the first purpose built such place in the country back in the late Victorian period. Just beyond is the Eastern Hospital known locally as “The Fever Hospital” (now the site of Homerton Hospital). 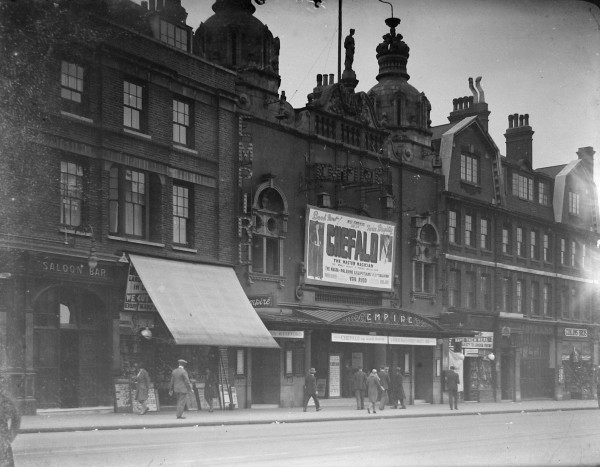 Hackney Empire was built in 1901, Charlie Chaplin performed there in the early 20th century. 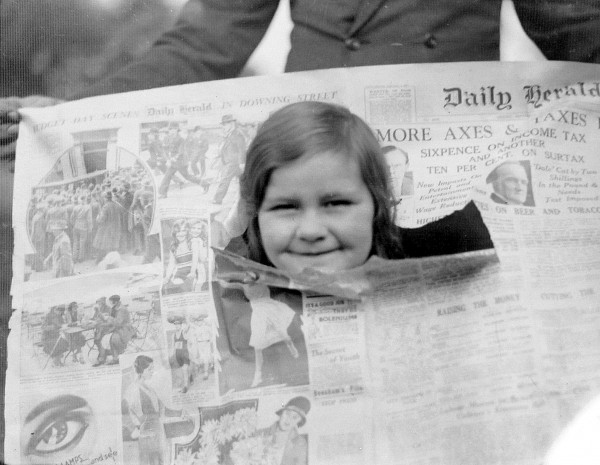 The girl with her head through the newspaper may well be the daughter of Mr Ellis. 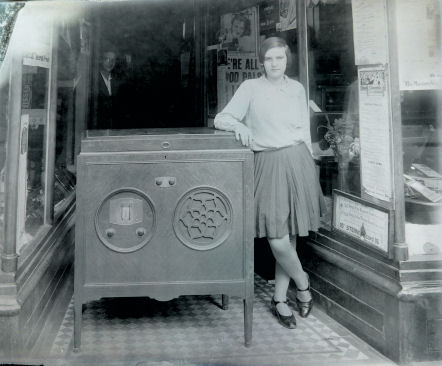 I Don’t know where the shop is with the girl standing by a very early radiogram, but I think it’s a great photo from the time. 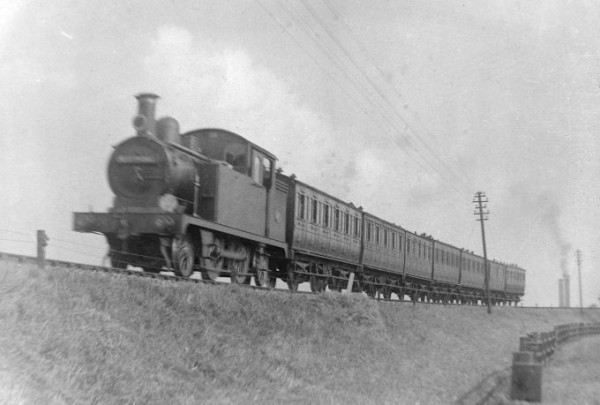 I believe the train  photo was taken over the Walthamstow Marsh as this area was a place I used to visit and play on when I was a youngster. 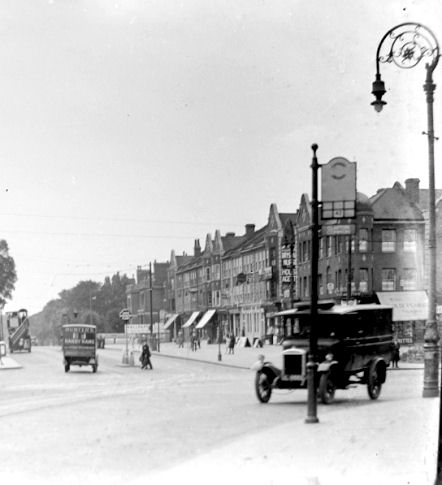 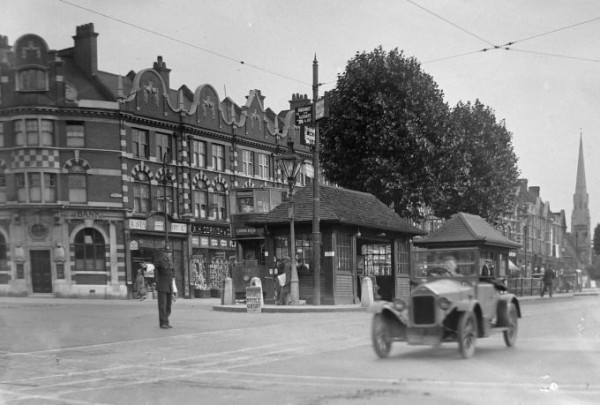 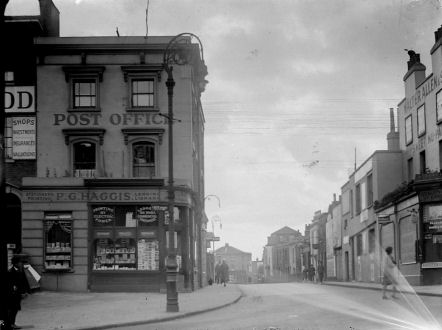 Next we are looking down Northwold Road from Upper Clapton Rd. The shops on the left of the photo were all destroyed by bombs in WW2 and Hendale House now stands on the corner. 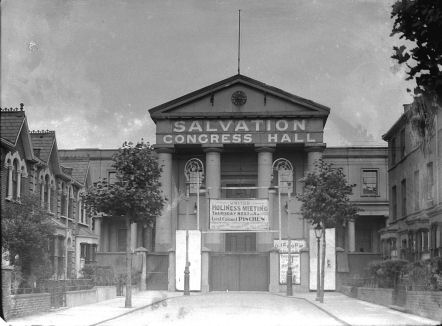 Linscott Rd looking down to the Salvation Army’s “Congress Hall”, the original S.A. HQ from around 1890 to it’s demolition in the mid 1970’s. The portico is all that remains of a once splendid building, built between 1823 and 1825 as the “London Orphan Asylum”. 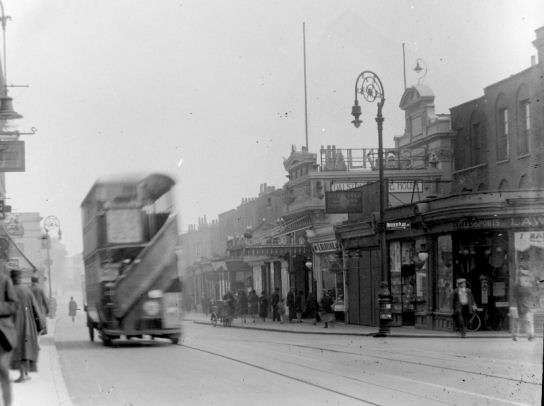 Next is a view of part of Dalston Lane taken from a point about fifty metres from Dalston Junction and looking east towards Graham Rd. 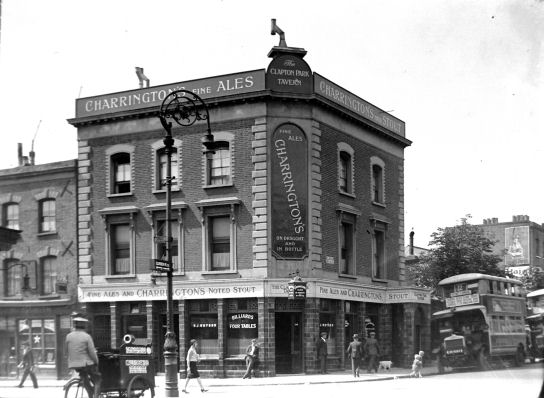 The “Clapton Park Tavern” known locally as “The Black House” is on the corner of Clifden Rd, and Chatsworth Rd 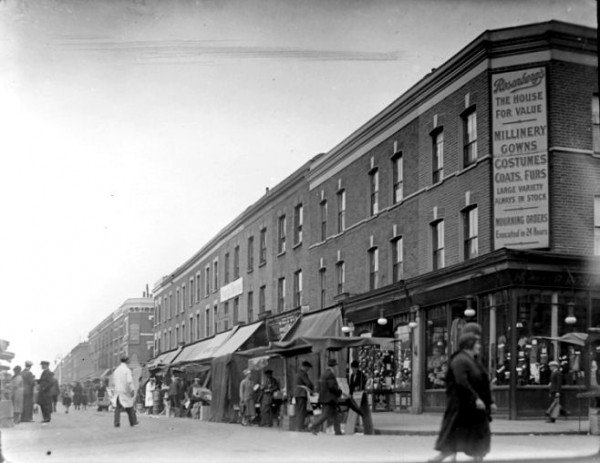 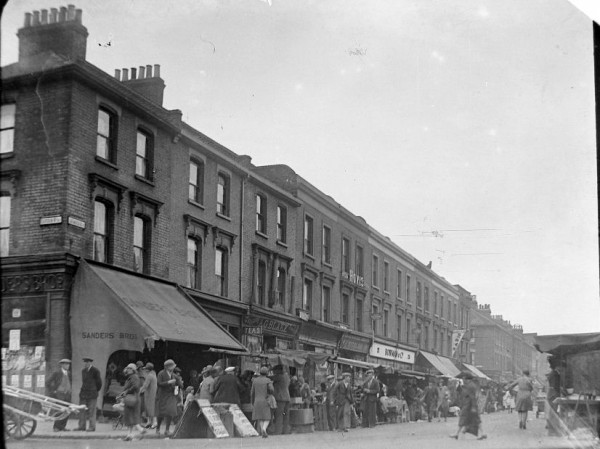 The last two views are looking north up Chatsworth Road taken from the corner of Clifden Rd of both the east and west sides.

—
Please do not reproduce these photos without permission, if you would like to use them please get in touch on the contact page