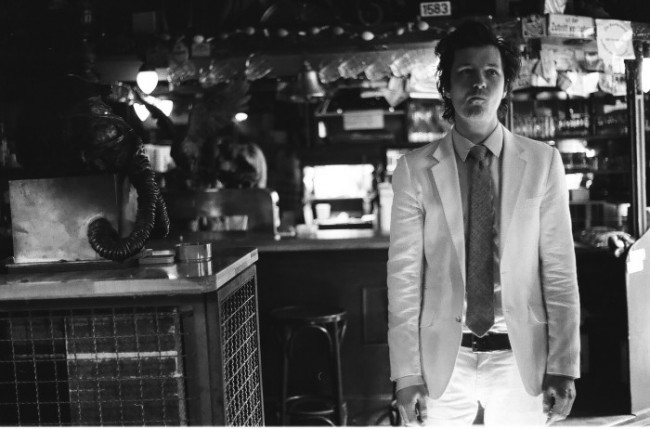 “Dark and revelatory” THE WIRE ON NED COLLETTE

NED COLLETTE has been carving his name deep into the musical landscape of Australia over the course of two albums, and “Networking in Purgatory”, the third, is the most sumptuous and accomplished yet.

Originally from Melbourne, Collette has resided in Berlin for the last four years, and this album was recorded in both cities. Fittingly, the album cover is a photo taken of Berlin from a plane as he returned home to finish the record.

Sparse acoustic songs such as ‘Across The Frozen Bridge’ are joined by the driving minimalist electronica of ‘Vanitas Quack’, the instantaneous first single ‘Bird’, and the melancholic and luscious opening track ‘At the Piano’.

Despite the album’s own clearly distinct voice, it still manages to evoke suggestions of Syd Barrett, Kevin Ayers, Brian Eno, Kraftwerk and even Joni Mitchell or Paul Giovanni.

DEAN ROBERTS is one of New Zealand‘s leading practitioners in the field of contemporary music and has produced a number of albums to critical acclaim.

His releases on Staubgold, Mille Plateaux and Kranky Records are regarded as touchstones of contemporary experimental music.

Weaving elements of rock, electro-acoustic, minimalism and free improvisation into unusually affecting song cycles that sound equally avant-futuristic and hauntingly ancient, like ghost of songs past.

In a seated and hushed environment his unusual juxtapositions of instrumentation, verse and sonic experiments reveal the art of the song as a far more suggestive, highly experimental medium that one could assume.