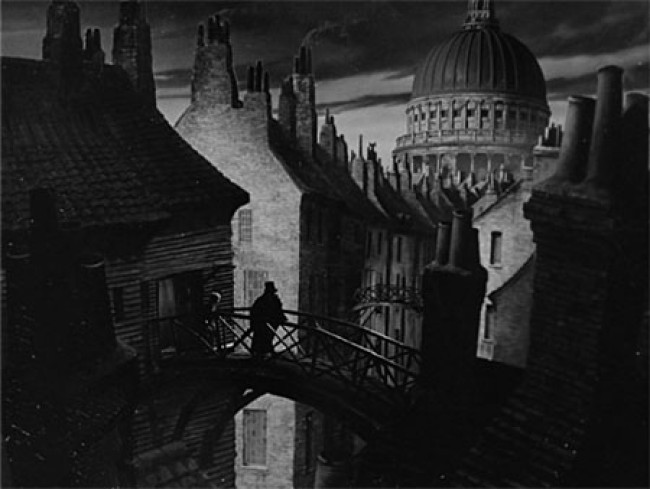 London has become a major character in English cinema. We have all experienced that extra frisson of delight when watching a film set in London, and then trying to find the location. This course is a celebration of feature films and television series made in London, films that are as much about London as any documentary, from Hitchcock’s LODGER and Lean’s OLIVER TWIST to SHERLOCK and SKYFALL and studios from Ealing to Sands that have worked in London and used it as a character. On this thoroughly enjoyable summer course the group will also compile a list of the top twenty films about London, decided by us through several discussions and a variety of clips.

WEEK 1: The Early London of THE LODGER and other Hitchcocks
WEEK 2: PASSPORT TO PIMLICO – A guided tour of Ealing comedy locations
WEEK 3: IT ALWAYS RAINS ON A SUNDAY – Ealing drama and film noir in Bethnal Green
WEEK 4: Dickens’ and David Lean’s London – OLIVER TWIST’s GREAT EXPECTATIONS
WEEK 5: LOCK STOCK and Borough Market – how a film saved the area
WEEK 6: SKYFALL – the latest Bond and other recent releases as decided by the group

About the course leader:
John Wischmeyer is a lecturer at London’s City Lit in Covent Garden and the BFI Southbank.