Land of Kings, Dalston’s annual cross venue festival returns on Friday 4th and Saturday 5th May 2012. The festival incorporates 15 Dalston venues over 2 nights and is a fantastic chance to experience the vibrant Dalston scene in full force. I caught up with Nick and Connie, co-founders/Directors of the festival to ask a few questions.

What is the Land of Kings Festival?

Nick: A two day, multi-venue, music and arts fest showcasing the best of Hackney. Set across about 15 venues each night, we’ve got live music, loft parties, rooftop screenings and lots of interactive goings on in strange places.

When and why was it started?

Connie: It all began in 2008 during dinner at Stone Cave. Thinking how great it would be to have a party in there, and then link up to all the other interesting venues in the area. Basically trying to bring some of the best bits from our favourite festivals to the East London manor. Plus we’d been organising and booking events for other people for years, so we wanted to do something that was our own. 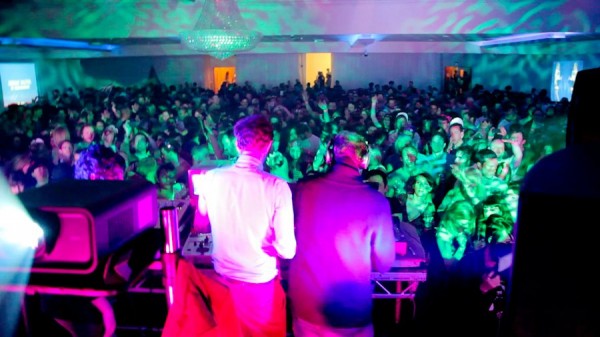 Who is the team behind it?

Nick: Land of Kings is one of our projects at Kingdom Collective – which is us and a community of creatives ranging from event managers to PRs, digital bods to designers. Then, for Land of Kings, we’ve got about 15-20 curators who each put together their own show or venue within the wider programme.

Connie: I moved to Dalston in 2000 (I now live in Clapton) and I’ve always loved Kingsland/ Ridley road area. It’s a diverse, colourful, creative, multi-cultural community with interesting nooks and crannies that not everyone, certainly not back then anyway, had had a chance to see. Closed doors and hidden spaces which with a little probing revealed clubs, snooker halls, warehouses, basements, school halls, forgotten pubs and bunkers mixed with the area’s known venues like the Arcola, Vortex and (the original) Barden’s was really exciting. One of my highlights from year one was a girl saying to me that she loved Land of Kings because before the festival on her way home from work she’d walk past the Shacklewell Arms pub as she thought it looked dodgy, after LOK it became her local and she loved the late owner, Cuthbert. 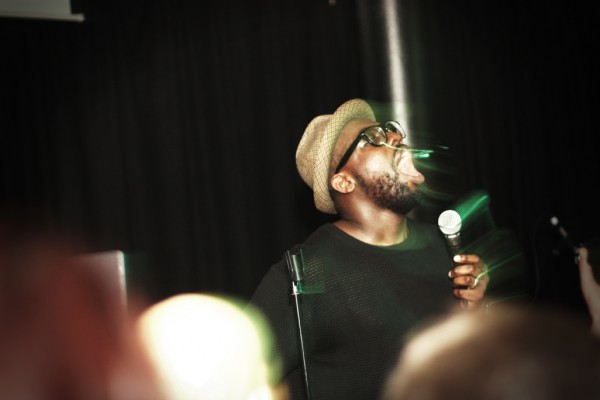 Clubs appears to be popping up everywhere around Kingsland Road at the moment, what are the most interesting ones that have opened this year?

Nick: The crazy amount of basements and backrooms was pretty much the inspiration behind the festival in the first place. Back then, we would spend ages schlepping up and down Kingsland High st knocking on just about every door between Shoreditch and Church st, asking if they had a space that we could look at. A lot didn’t answer, some gave funny looks but we weren’t disappointed. It’s a different kettle now but the upshot is a bigger variety I guess. Personal favs being Ruby’s for cocktails, Shacklewell Arms for live music and Servant Jazz Quarters for overall vibe. Also very excited about (new club) Birthdays which opens properly the weekend of Land of Kings

Connie: Who would think there was a recession?! It seems to be spreading out East with new places popping up on Dalston Lane (Three Compasses/ Borough Wines) right up to Clapton, Homerton and beyond. I’m going off brief here, but check out Riley’s on Lower Clapton Road. Also super excited about the soon-to-be-open Clapton Hart!

What were the highlights from last years festival?

Nick: Probably the AV project we did with international director extraordinaire Saam Farahmand, on the first night he convinced hundreds of festival-goers (ok, and me) to dance to their favourite track in front of blue screen then, on the second night, 2manydjs played whilst the videos were projected over the four walls of a huge Turkish banqueting suite. 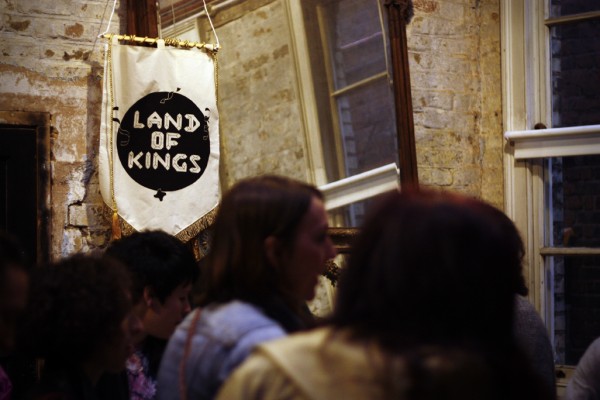 What are your top tips for this years LOK events?

Nick: We’ve got a mini programme of events around the Four Aces club – the legendary reggae/rave venue that used to be where the new Dalston Library is now, including: reggae BBQ in the Eastern Curve with the original owner Newton Dunbar, screening of the Winstan Whitter feature on the venue “Legacy in the Dust” then some of the club’s later jungle DJs playing at a party later on. Elsewhere Slow Club, Night Angles, Maurice Fulton and Live Art Speed Date

Connie: Austerity Games in the Bunker, Johnno and Charlotte’s sunset set on the roof park, Factory Floor,  lazers lazers and more lazers courtesy of…..Lazer Cave, Cosmo’s amazing Classic Album Sundays, Kate Tempest for Hammer and Tongue, Meatwagon, too much to mention. But top tip – get a two night pass and you’ll get to see more.

What fashion trends do you think will dominate the LOK audience this May?

Connie: Well, I’m sure we will have moved on from teddy boy to something else by then. Paisley and ethnic prints? Or will it be Track and Field? Erm, dunno.