On Sunday afternoon I set off to trial the first Hackney Hear, a prototype of the gps triggered sound app. I was pretty excited about it, the people behind it are also those behind the fantastic Hackney podcast who have wons awards for being just ace.

The email from Matt Hill (Project manager) said dress for all weathers, which seemed slightly ridiculous considering how nice the last few days had been, but a quick glance out the window before leaving showed the slight rain that was shortly due to turn into a downpour, so fortunately I grabbed a very big umbrella.

I met Francesca Panetta, director, Joe from Amblr (the tech behind the app) and a very damp Matt at Lock7, I was handed an iphone and a map and I set off.

A voice welcomed me to the tour then it began. The prototype is set around London Fields and Broadway Market, the audio was a mix of local history told by local people and background noises of the area. It started with Broadway Market taking in F.Cooke with Robert Cooke talking about the history of the shop and the market street. Walking along merged this into stories about the Laundry Room, the Dove and a brief history of films made in the area by the manager of the film shop. 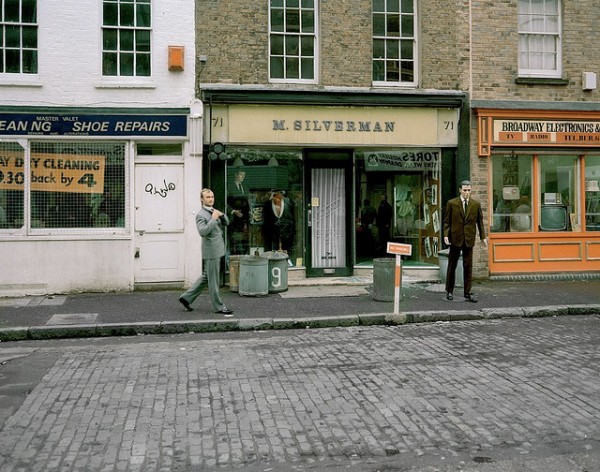 All the time the background noise of the market was playing with people’s conversations dropping in and out, with the rain keeping everyone away it was a little like hearing ghosts.

After a nice snippet about the first zebra crossing, I walked into London fields where I was guided towards the statue that sits at the North East end for an ode to it. 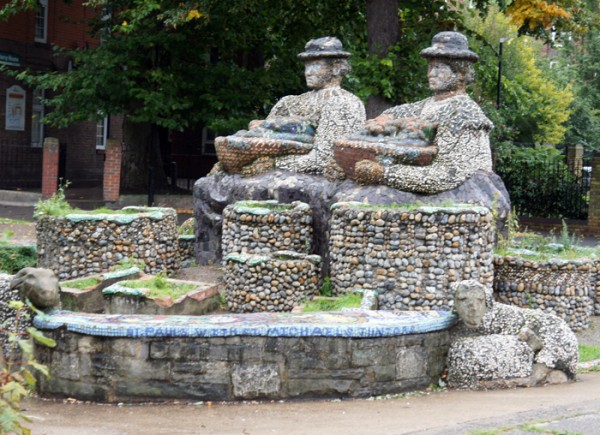 My further meander around the park was accompanied by Tom Hunter talking about the squats of the 80s that he lived in and eviction parties; blending in with Iain Sinclair talking about Hackney’s grander days when the park was kept immaculate and people kept off the grass; poems about park benches and trees, talk of the lunatic asylums in Hackney’s past, and rounded off at the end of the park with a great song by Shane Solanski about the London Fields Lido. A wander back to the market and the route end allowed me to hear audio I had missed and re-listen to some I wanted to hear again. 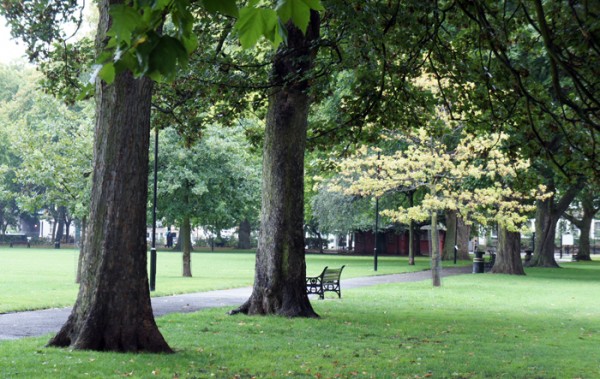 Hackney Hear lived up to everything I had hoped it would be and more, the production quality was fantastic, the technical implementation was amazing and the stories and sounds were fascinating. I spent an hour wandering around trying to make sure I didn’t miss a thing, but when it finally gets out onto the app store I can see myself going back over previous steps finding that every listen takes you on a slightly different journey.

You can also have a listen as part of the Alpha Ville festival – if you can you really, really should.