Retired Engineer William Lyttle became known as ‘The Mole Man of Hackney’ in 2006 when Hackney Council discovered he had been digging tunnels from the basement of his detached house on the corner of Stamford Road and Mortimer Road.The council evicted Lyttle from the unstable property and it was made safe by removing the roof and shoring up the walls. In 2008 the eccentric pensioner was ordered by the courts to pay the repair bill and was banned from returning to the house. Since then the house has remained empty and fallen further into disrepair.The Mole Man passed away in 2010 with Hackney Council claiming they had over £400,000 to recover from his burrowing endeavours. Following his death a spoof blue plaque was erected on the front of his former home with the inscription… William “Mole Man” Lyttle 1931-2010 Burrower lived and dug here 1962 – 2009 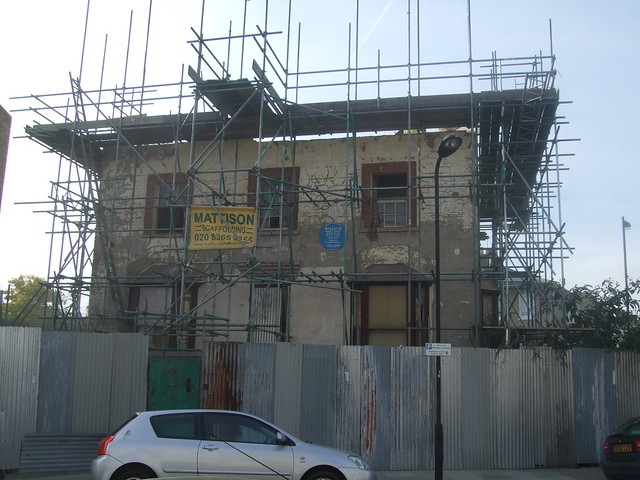