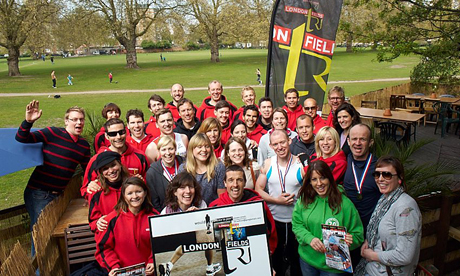 The club was formed after a chance meeting between myself (Chris Skinner) and Guy Holbrow in October 2009. I was hoping to find some people in the area to train with, Guy overheard a conversation I was having with someone from the BTF (British Triathlon Federation) outside the lido, and the club was born. We had our 1st coached session in January 2010 and now have over 100 members (and many more occasional participants).Our juniors section is brand new – 1st session starts May 2011!

Where and how often do you meet to swim, cycle and run?

Tuesday: We have a running (interval) session at 7pm in Victoria Park (summer) and Well St Common (winter)
Wednesday: We have 2 swim sessions at Kings Hall – one for beginners , and one for those wanting to build stamina
We have also launched a juniors session that takes place at 4.30pm at London Fields Lido
Thursday: We run a ‘Spinning for Tri’ bike course at Fitness 4 less on Hackney Road .
Saturday: Our biggest day. We organise a huge coached swim at 7am at London Fields lido, followed by a coached run session, usually in London Fields
Sunday: We’re back at the lido for another swim.

In addition to this we have run classes on bike maintenance, transition training, and hold regular social gatherings.

What local events do you organise?

We currently host two Aquathlons a year (in London Fields), the next one will be on the 1st weekend in October (date and time tbc). These are great races for newcomers, but also attract many strong athletes. We also hope to host a junior triathlon later this summer. 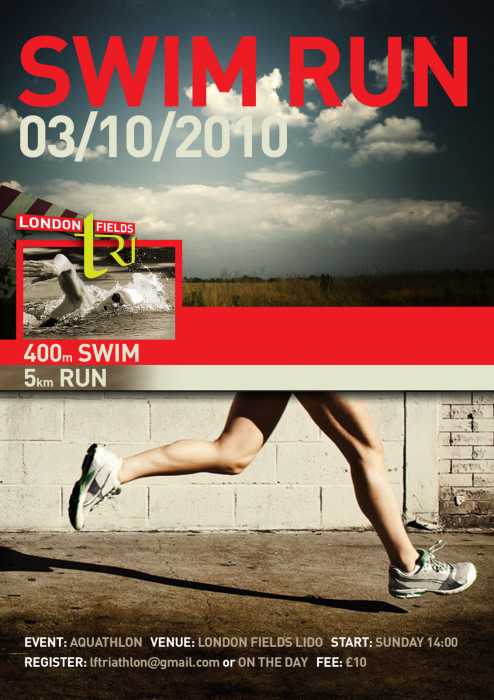 Triathlon events in the inner city are quite rare, do you have plans to organise a full triathlon in Hackney?

We would love to, and are in talks with Hackney council and the BTF as to how we might be able to achieve this. Watch this space!

How can a complete beginner become a triathlete and meet the challenge of their first Triathlon? What is the minimum fitness level required to start training and what equipment is needed? 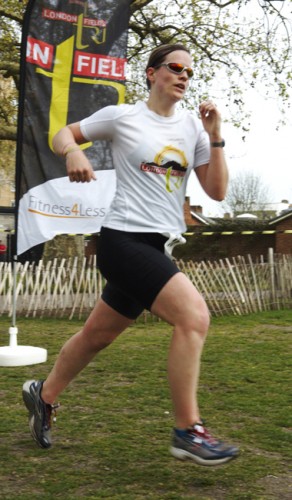 The first stage is to break it down. The multidiscipline nature of the sport can be intimidating, but you don’t have to train in all three at once – in fact, training steadily in each discipline is an ideal way to build fitness and stamina. There are so many distances you can race in, and a rapidly developing para-triathlon organisation in the UK that almost anyone could compete in a triathlon regardless of ability, disability, background or age. People tend to be most intimidated by the swim leg, but you don’t have to be super-quick, many beginners even make it through their 1st race with some gentle breast stroke. Some people have joined LFTC barely able to swim, but an hour a week will take you a long way in a short time. I would say the minimum fitness requirements to consider a triathlon would be: the ability to swim a few lengths in a pool, a basic ability to cycle, and the ability to gently jog around the local park. I went from that level to Olympic distance triathlon in just a few years, without starting a ridiculous/obsessive training regime.

In terms of kit, basic swimming gear (costume, goggles, hat) plus a wetsuit (if you plan to swim in open water). A bike, but it doesn’t have to be an expensive road bike, and a helmet are essential kit; plus some good running shoes. If you like the sport you can invest in all kinds of training aids, tri kits, lightweight road bikes etc. but they are non-essentials for a
beginner.

What is special about London Fields Triathlon Club?

London Fields triathlon club are a new and rapidly expanding group of people, making the most of the outdoor space in an urban area. We are a noisy bunch, and love to cheer each other on. We are community focused – we raise money for local charities, and we are training local coaches to work with local children. We want to be the best club in Britain – a successful club, open to all.

More information on the club and their activities can be found on their website here  http://lftriathlon.blogspot.com 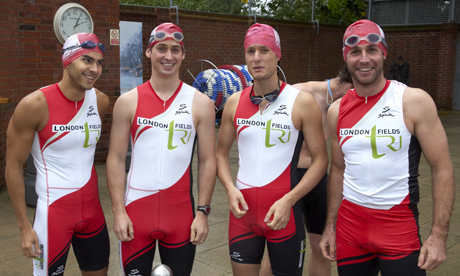 All photographs by Colin Streater and are copyright.