Bowl of Chalk: Local walks by a local 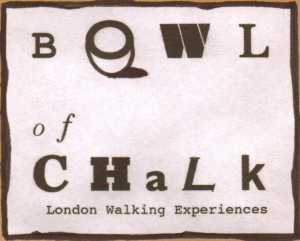 What is Bowl of Chalk?

Bowl Of Chalk do ‘pay what you want’ guided walking tours around London. At the moment they’re taking place on the last three weekends of each month and Sundays are devoted to a wander around Shoreditch, Hoxton, Columbia Road flower market, Spitalfields and Old Street. The walk is called ‘My neck of the woods’ as I live in Hackney and I’m the person who does the walks.

Hopefully, the walks are fun, incredibly informative and pretty informal. At the end ‘chalkers’ can pay whatever they think the walk is worth or what they can afford.

Why “Bowl of Chalk”?

Well, when I decided to start doing my own tours, I obviously needed a name. As I’m sure you’re aware, there are a plethora of tour guides and companies knocking around London and most of them have either the words ‘London’ or ‘walk’ somewhere in the title or most of the time both.

I don’t profess or pretend to be a cockney, but in cockney rhyming slang, which is a form of language peculiar to London and in particular east London, there are a few variations of the word ‘walk’. One is ‘Bowl Of Chalk’, so I really liked the idea that before people had even come on a walk, they’d unwittingly learnt something about London. In a way it has both the words ‘London’ and ‘walk without actually having them … if that makes sense. 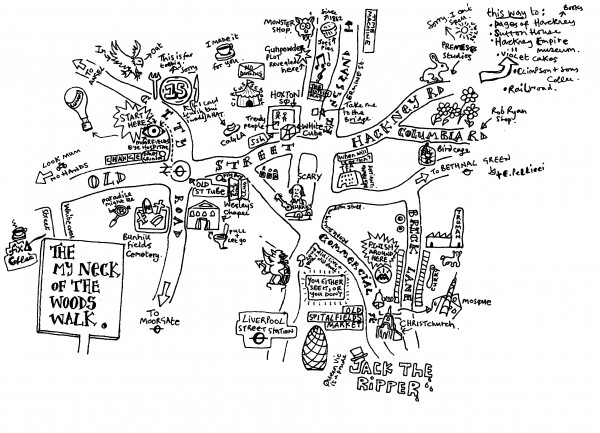 Why did you set it up?

I’ve been a tour guide for a while and find London fascinating. I’ve done various jobs over the years and continue to do other bits ‘n’ bobs. At the end of last year I’d kind of decided that I should probably look for a ‘proper’ job and spent ages applying for things and realised that actually, secretly, I much preferred walking the streets of London talking to people about all the things that I had discovered (and continue to discover). So, in a minor ‘eureka’ moment I decided that it’s exactly what I would try to do. Hence Bowl Of Chalk.

The area is rich in so many things and I often hear about people in west London, who have never been over here. I had a guy from America come on an east end walk and he was staying with friends who’d been living in west London for a few years. Apparently, when he told them that he was going on a walk around the east end, they replied ‘Why? … there’s nothing there’, but had never actually been here. Incidentally, he loved it, but then again he came armed with an inquisitive nature and an enquiring mind.

It’s what I call a ‘hotch potch’, a real mix of stuff. I won’t go on about it too much here, but it’s a heady brew of the past, present and future; Hackney’s relationship with the City of London, its borders, its role in major catastrophic moments of London’s history like the Great fire and the Blitz in the 1940’s, its reputation as a refuge for radicals and non conformists, a place to settle scores, a place that was basically William Shakespeare’s stomping ground in the late 1500’s, an industrial power house in the Victorian era, theatre, music halls and home to generations of migrants over the centuries to name just a few.

Now of course, its been transformed into a free art gallery by the likes of Banksy, Roa, Pablo Delgado, Stik and a host of other street artists and galleries, independent cafes, bars and clubs sit along side a pie and mash place that has been run by the same family since the 1860s, a Victorian music hall and numerous other little gems.

On Sundays of course there’s the added bonus of Columbia Road flower market and Spitalfields and Brick Lane, which for one day a week are utterly transformed in to a hive of activity.

The area covered in the walk is around the places I’ve mentioned. There’s only so much you can fit in to 3 hours, but maybe one day I’ll be able do another around Hackney Central and other parts of the borough. 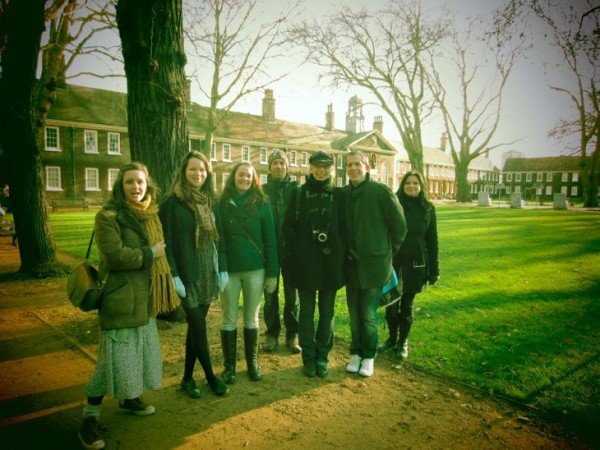 What can people expect from the walks and you, the guide?

I would hope that for Londoners, they’ll find out a few things about their own city that they were unaware of or even for people who live in Hackney. I think it’s easy to scuttle about day to day without looking up at a building, or wondering why such and such is there, or why this street’s called whatever it might be called, and how the pub you’ve been going to for two years got its name.

The walks are by no means definitive, and in a way that’s what I love about London. I’m not called Peter Ackroyd, I don’t know everything there is to know about London, and I like the fact that I never will. The things I talk about are often things that interest me, and I deliberately want to keep the groups small, because I like to find out a bit about those who are on the walk, and positively encourage people to tell me their own stories, or nuggets of information that they have, should they wish to. You don’t have to of course, but I can often do the same walk, but talk about completely different things, purely because of the questions or interests of the group. 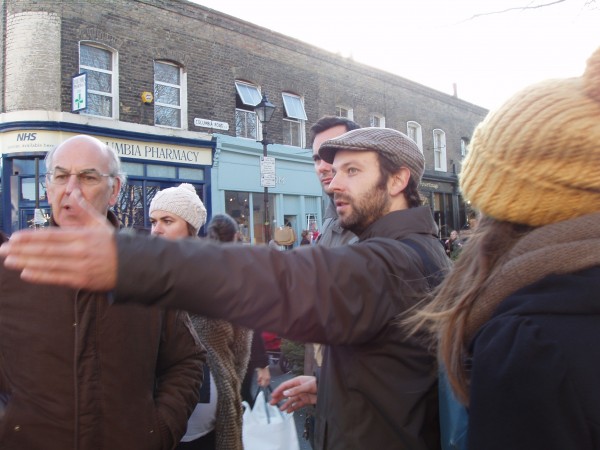 What do your participants say about it?

Aaaaah … good question. The proof is in the pudding as the saying goes. Bowl Of Chalk is still quite new and shiny, but I’ve had good feedback thus far. I thought someone who came on a walk before Christmas summed both me and the walks up quite succinctly when she wrote the following in a review:

“It’s extremely informal and about as far from a dry history lesson as you can imagine … If you are a big fan of audio guides or a textbook approach to history, this might not be for you, as Jonnie is endearingly scatty in his approach, like a fully loaded iPod of history set on shuffle. Although he is an absolute mine of knowledge, this wouldn’t be the most digestible tour for those who weren’t pretty confident in English. But there is more structure to his approach than you might initially think. The same themes and characters keep cropping up: he really knows his stuff.

No matter how much or little you know about London, this is a really worthwhile way to spend a morning.”

Anything else you want to add.

Not really, except to say that if people would like to come on a Bowl Of Chalk, then places can be booked via the website, which is www.bowlofchalk.net

Some yeah! Hackney people are planning to visit, join them over on this thread over here