Acquired For Development By… A Hackney Anthology: Interview with Kit Caless 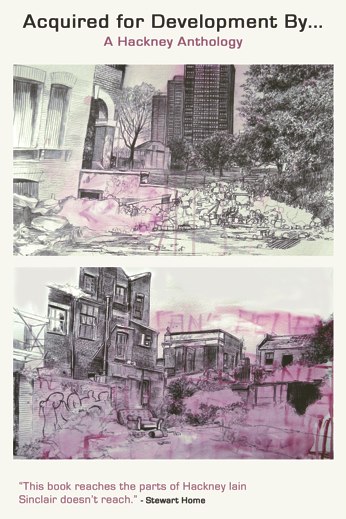 Acquired for Development By… A Hackney Anthology cover

Tell me a bit about you.

Long time Hackney resident, first time book editor. I write short stories and the like. I host a spoken word/poetry show on NTS and edit a small satire magazine, Stalking Elk. I was runner up on the awful daytime Channel 5 quiz show, Brainteaser in 2005.

What is Acquired For Development By… A Hackney Anthology?

It’s a collection of short stories, poetry and journalism written by authors who live or have lived in the borough, edited by my friend Gary Budden and me. Each piece is either set in Hackney or inspired by it. We have stories about a love affair with a pylon on the Hackney marshes, ghosts in Homerton, an Orwellian supermarket, broken love on the canal and the Turkish Alevis for example. There’s a series of photographs accompanying some ‘Hackney Haikus’ and a fantastic cover illustration by Laura Oldfield Ford.

It’s twenty five different perspectives on the borough, by no means all encompassing. It is impossible to capture Hackney in one place, it is just too diverse, too multifaceted. But this is our way of getting some of it down, at least, to create fictional worlds to try and explain the real.

Why did you start the project?

Gary actually thought of it first. I think we were in a pub (where all good ideas start) discussing the nature of history and how, after time, official narratives (i.e those sanctioned by government and mainstream culture) become the dominant version of the past, and remain unchallenged the further into the future you get. Unless you can create your own record of the present, eventually your memories and the collective memory of society will adapt to the official narrative, your lived experience becomes opaque and may eventually be forgotten. We could already see this happening with the Olympics, where the council is busy establishing a story about Hackney and it’s own self-importance.

In the middle of this very familiar conversation, Gary suggested that we should create our own record of what was going on, a literary interpretation of all the changes that are taking place. It kind of moved on from us writing pieces to each other, to inviting other people to write, to opening it up for submissions from anyone, to the book it is now.

We didn’t really plan any of it, but it’s a pleasant surprise that we’ve ended up here. 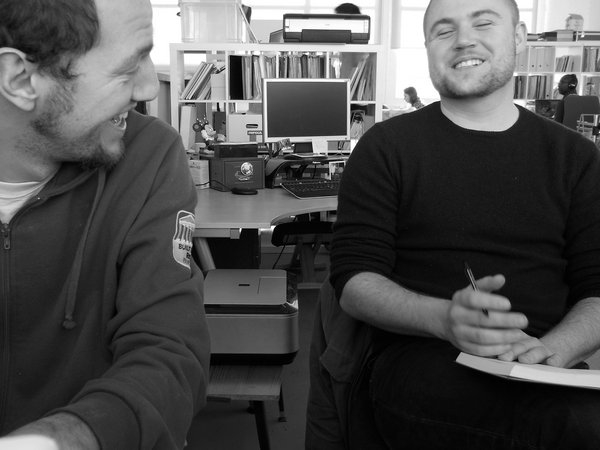 Both Gary and I live, and have lived in Hackney for quite a number of years so we’re reflecting on our local environment. We feel that Hackney is a microcosm of modern metropolitan British society. It’s a jumbled madness, a community of communities, that somehow works despite attempts by corporate bodies to sabotage what is essentially an organic, evolving life project that all of Hackney’s residents are involved in.

We were determined to create a book that is positive and forward thinking, as much, if not more, as it is critical of the borough. This was really important to us. We feel there is an established ‘counter narrative’ to the official one I mentioned earlier, that dominates the way people look at Hackney too. Whilst we found inspiration in the work of the older generations of Hackney writers, we feel that Hackney is often written about, in a literary sense, looking backwards, into the past. Whereas, we wanted to capture the borough in the moment (2011/12) and push our writers to look forward.

Where does the title come from?

The official narrative of development often excludes lived experience, so it is not only the physical spaces that have been acquired for development, but history, culture and memory also.

The phrase itself comes from Alexander Baron’s sixties Hackney novel, The Lowlife, which contains the following sentence:

“And as I came away, I saw on a board that epitaph to all our yesterdays, ‘Acquired for Development By…‘”

It was striking to read something written half a century ago, by a writer from Hackney, that seemed entirely relevant and fitting to the current situation we found ourselves in. Development, or more fittingly for modern times re-development, is something that no resident of Hackney, or all of London for that matter, will be unfamiliar with.

Tell us more about the people involved in the project

We have twenty-five contributors – a mix of young up and coming writers and established heads… amongst them are Lee Rourke (author of The Canal and the short story collection, Everyday), Molly Naylor (poet and playwright, author of Whenever I get Blown Up I think of You), Gavin James Bower (author of Dazed and Aroused, Made in Britain), Siddartha Bose (poet, author of Kalagora), journalists Tim Burrows (Telegraph, Dazed and Confused) and Natalie Hardwick (BBC).

What is the most fascinating thing you found out about Hackney whilst working on the book?

Personally, I was really fascinated by the genuine warmth and enthusiasm for the project whenever I have spoken to anyone in my neighbourhood about it. Everyone who has sent us a story, poem or piece of journalism has had something fascinating to say about the borough. Primarily though, I think it’s finding out how I genuinely feel about living here that has been of most interest to me. I feel conflicted emotions all the time, from love for the place, its people and my communities, to frustration, anger and disappointment. It feels like whenever I’m away, or waxing lyrical about Hackney to my mates south of the river, I place my neighbourhood on a pedestal that it is impossible to live up to! Living in Hackney is a one-way ticket to cognitive dissonance… but that’s the beauty of it. 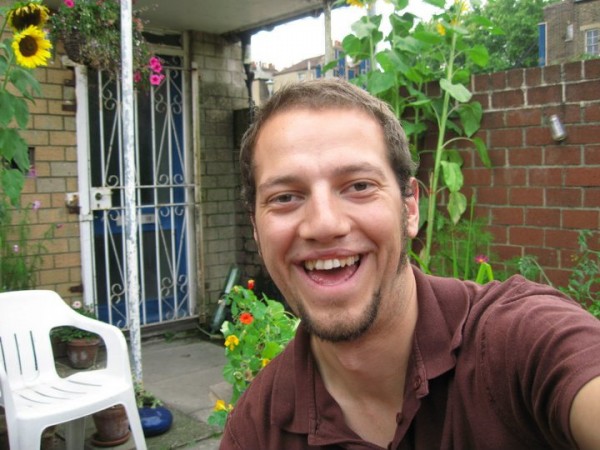 What’s next for the project and/or you?

Well, we’ll see how well this book does and take it from there really. Gary and I have been discussing ideas for new projects, mainly centred on the notion of ‘site specific fiction’. That is, fiction collections that are set in a very specific place. We’re toying with ideas like commissioning five stories set in Westfield shopping centre, or a poetry collection inspired by Milton Keynes. On top of that, like many writers, I’m currently working on a novel.

Anything else you want to add?

The book is available to pre-order from the Influx Press website, www.influxpress.com

The book (paperback) is out 9th April and will be found in good independent London bookshops, most online retailers and the Influx Press website.

You can also find Kit or Influx press on twitter  @kitcaless @influxpress.