This is part of Ken Russell Forever, a tribute season to the late, great director of films including Women in Love, Tommy and the genuinely groundbreaking BBC docu-drama Elgar, organised by Scala Forever. It’s taking place across London from March 10th to the 19th to celebrate the BFI’s new release of The Devils… 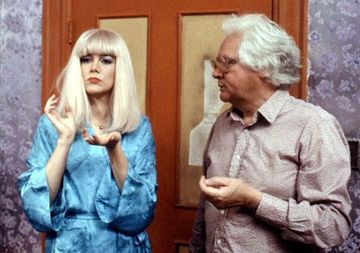 Crimes of Passion – UncutWhoreSunday 11 March 20122.30pmShacklewell Arms71 Shacklewell Lane Dalston London E8 2EB£5 “Ken Russell may well be the greatest and most original of all British film directors” – Alex Cox (Repo Man Sid and Nancy Straight To Hell) Crimes of Passion – UncutA delirious tale of obsession between a career woman leading a double life as a prostitute a fanatical reverend and a private detective trapped in a stale marriage Crimes of Passion takes on sexuality religion split personalities and the masks people wear to succeed. Nightmarish satirical and outrageous it was Russell’s second American production after Altered States. The version shown will be the full uncensored film. “A comedy so black it recaptures some of cinema’s long-lost power to shock” – Time Out“Tests the bounds of the psycho-thriller” – The Guardian“Out of control” – The New York Times WhoreAdapted from London cab driver David Hines’ play Bondage and relocated to the US Whore is a virtual one woman show for Theresa Russell a LA street walker tired of her work. Naturalistic and blackly comic the film was Russell’s response to Pretty Woman designed to shatter any illusions about the glamour of prostitution. The victim of several BBFC cuts Whore showed he hadn’t lost his knack for baiting the censors. “Bleakly uncompromising” – The Independent“Told without adornment or sentimentalism or phony romantic myths… this is the real stuff” – Roger Ebert“Hollywood’s happy hooker will never be the same again” – Los Angeles Times Venue listing Still Advance Blog Facebook “